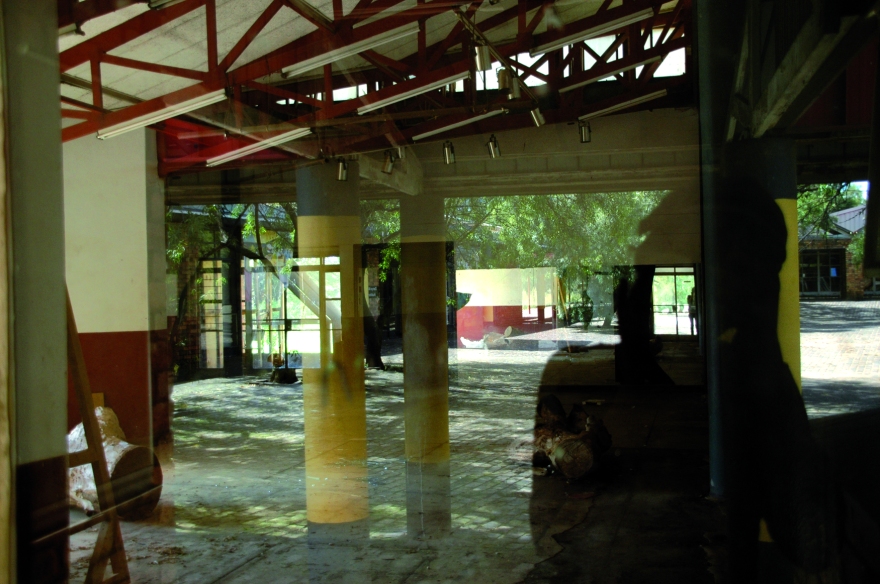 The project is focused on symbolical functions of spaces in and around Soweto and the preconceived idea about social behavior as informed by vandalism. The conceived idea of this project-space as a working process negotiates a better understanding about space configuration, order, structure,transformation and the role spaces play in our social construct. As well as the importance of visual arts and its contribution in society, especially in Soweto.

„When it set up as Funda Centre in 1984 under the chairmanship of Professor Eskia Mphahlele, it was the fist institution of its kind in a major black urban community. Funda won respect here and abroad for its diverse range of community adult education projects and as a major rallying point for the people of Soweto during the years of apartheit struggle“ (city press, Nov. 1998)

About Funda Community College (funda = to read)
“Funda Community College, formally known as „African Institute of Art“, was built 1984 and came out from this revolt. It is a Non-Governmental Organization and was built by 18 community based organizations as a direct response to the revolt in 1976. The idea was to create an institution which provides alternative education for the socially disadvantage population of Soweto and other townships around South Africa.
The Urban Foundation London, which established a sister organization in South Africa, was commissioned to implement new structures of housing and education. They created better looking houses around Soweto, which were made for the middle class communities, like teachers, doctors, lawyers, ect. They also built Funda Community College, to give the people education they may want.
At the beginning the institution consisted of four centers: the art center, the teachers center, the adult education center, which used to offer enterprise development and social conflict resolution with tutorials for public lectures. Funda became a place were the education and cultural activists of Soweto were based. It was the place where the first teachers union of the country was launched as well as the first branch of the Democratic Party. It was a place where the Panafrican Congress had memorial lectures undertaken in the big lecture hall and in fact the art center was an ANC (African National Congress) underground base with a front in social documentation and film.” Motsumi Makhene, Head of Board, Fine Arts Department F.C.C.

part of a gift

Reinstallation of vandalism in the context of friedrichstadtZentral. 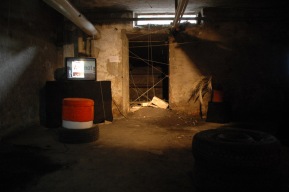